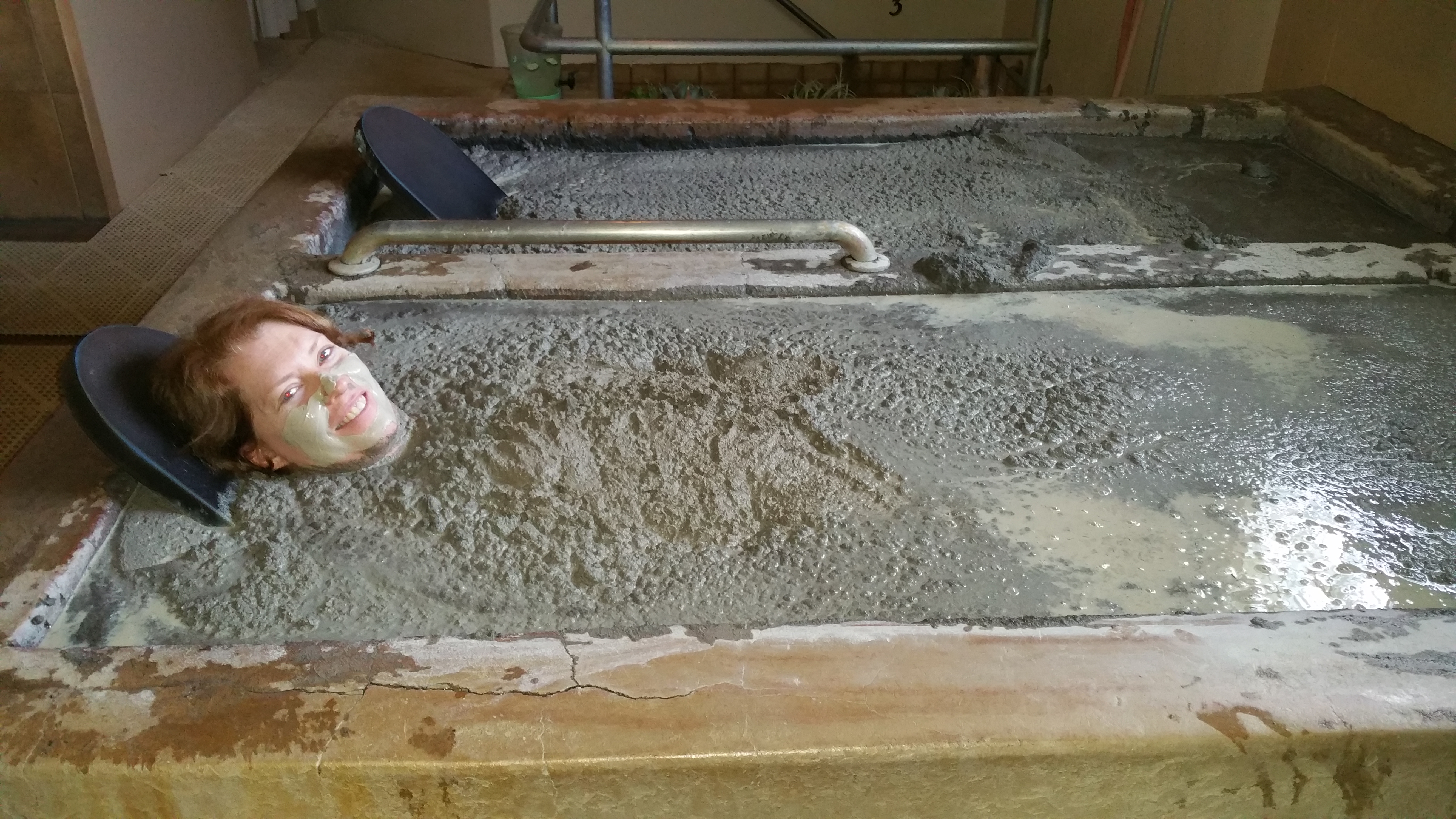 Yes.  That’s me.  Alone.  In a mud bath spa room built for two.  (Except for the person taking the picture of course.  I’ve never been to a spa where they asked if you wanted you’re picture taken during the service.  But heck…why not!)  It’s valentine’s weekend…and honestly…I think I’m the only single person hanging out in this Calistoga spa today.  There are couples everywhere.  My husband has been going to a conference in the Napa/Calistoga area every year for the last few years for work, and…it’s Napa!  So I always try to go with him.  But I end up spending most of the trip alone.
Napa isn’t like Big Sur, where you see artists sitting alone with their easel painting the sunset.  It’s not like Sedona AZ, where single women go by themselves to get certified in past life regression.  Napa is a couples town.  And if you’re not in a couple then it’s a girlfriends getaway.  You don’t go to Napa to hang out alone.  And granted…I’m not single.  But you couldn’t get my husband to set foot in a spa if you paid him $10,000.  And he doesn’t drink…so wine tasting isn’t his thing either.  So if I was going to have the Napa/Calistoga experience…I was going to have to do it on my own.  Just me, myself and I.
I used to be insecure about doing things alone.  Looking around and being the only single person around would have made me feel pretty depressed.  And I also probably would have jumped into the blame game…wishing my husband was somebody he’s not.  Wishing he was more like that guy…in that couple enjoying himself in his spa robe.  Or that guy…over there, snuggling up to his wife over a bottle of wine.  Now I’m much better at just jumping into the mud and enjoying myself.  I’m much more skilled at focusing on what is actually happening to me, rather than focusing on my frustration about what is not happening.
And look what’s happening to me!  I’m laying in a volcanic ash mud bath.  Volcanic ash that is unique to Calistoga.  You can’t get it anywhere else because it resides in a geological formed area that was created by a series of volcanic eruptions 2-6 million years ago.  Volcanic eruptions from millions of years ago!  That’s pretty awesome.  And to top it all off, the mud is mixed with mineral water from local springs.  Local spring water is not something that can be found in the middle of crazy, busy Los Angeles where I reside.  And…because we’re not spending money on the “Romantic Couples Retreat” package, I’ve got some extra money to spend on a massage.
What’s happening to me is pure bliss.  What’s happening to me is a wonderful gift.  What’s happening to me is a real treat that people fly in from all over the world to try.  What’s happening to me, I am sitting in gratitude for.  And what’s not happening to me just doesn’t matter. 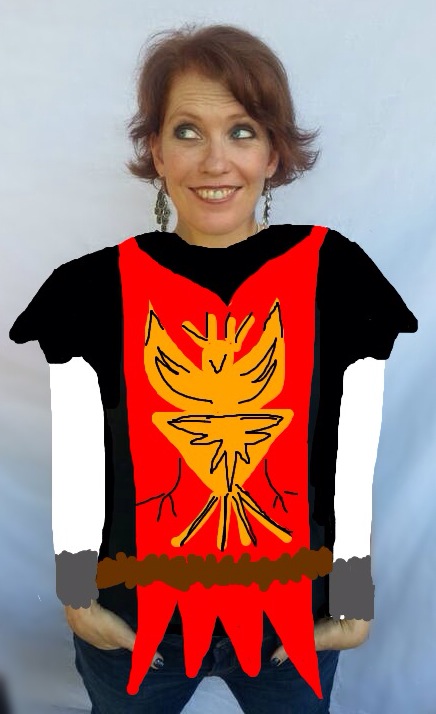 It was a real squire moment, where I sent myself on the errand of self care.
Where I made sure my needs were met to the best of my ability. 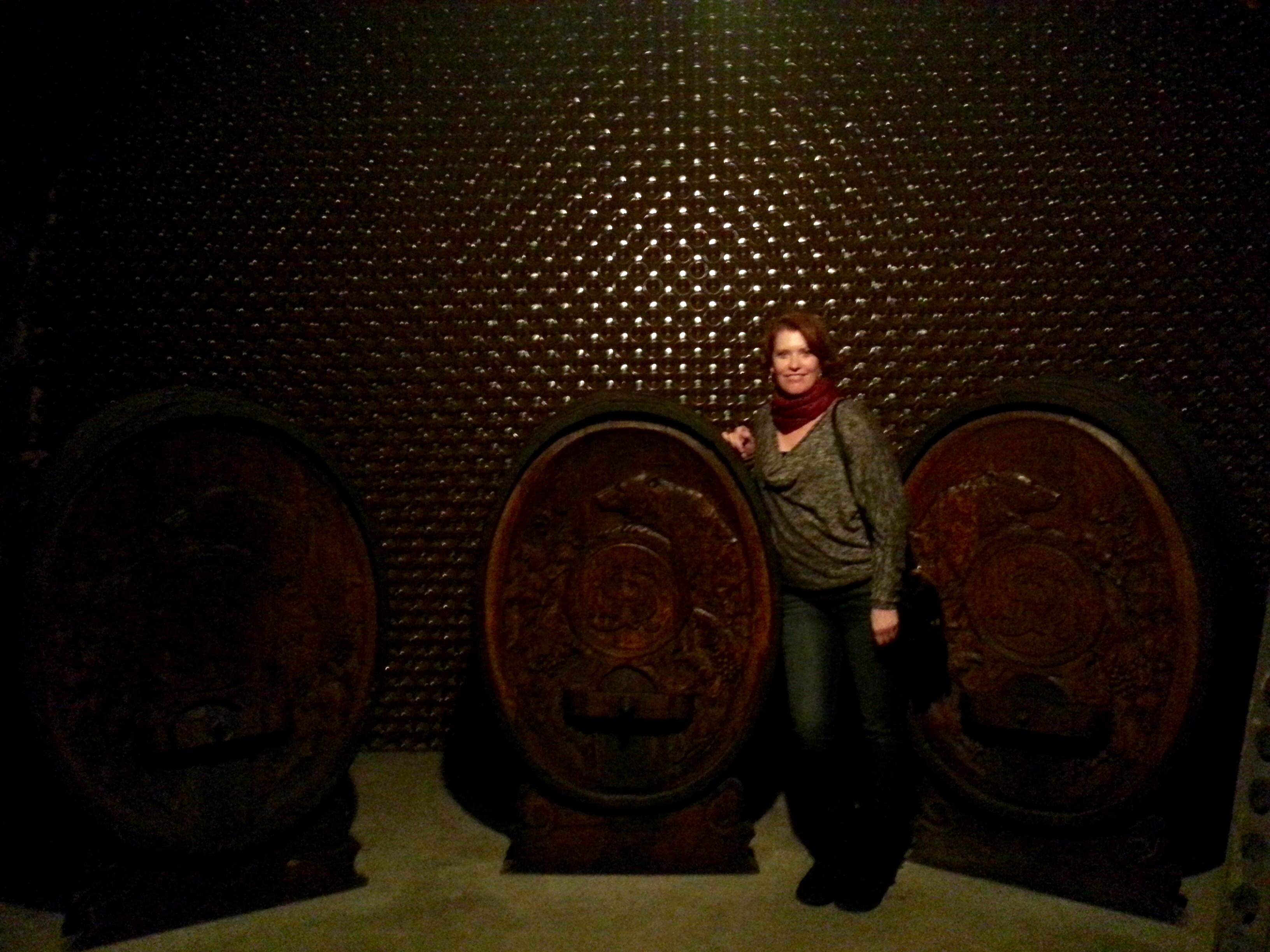 Here’s me on the Schramsberg cave tour.
Super cool.  Schramsberg is the only sparkling wine served at The White House.  They still do sparkling wine the old fashioned way…riddling it by hand.  There are only a handful of places world wide that still do it this way.  I happened to catch a tour where they were banging the bottles like drumsticks on a drum to loosen the yeast.  Apparently not included in every tour.  Amazing rhythmic drumming echoing throughout the caves. 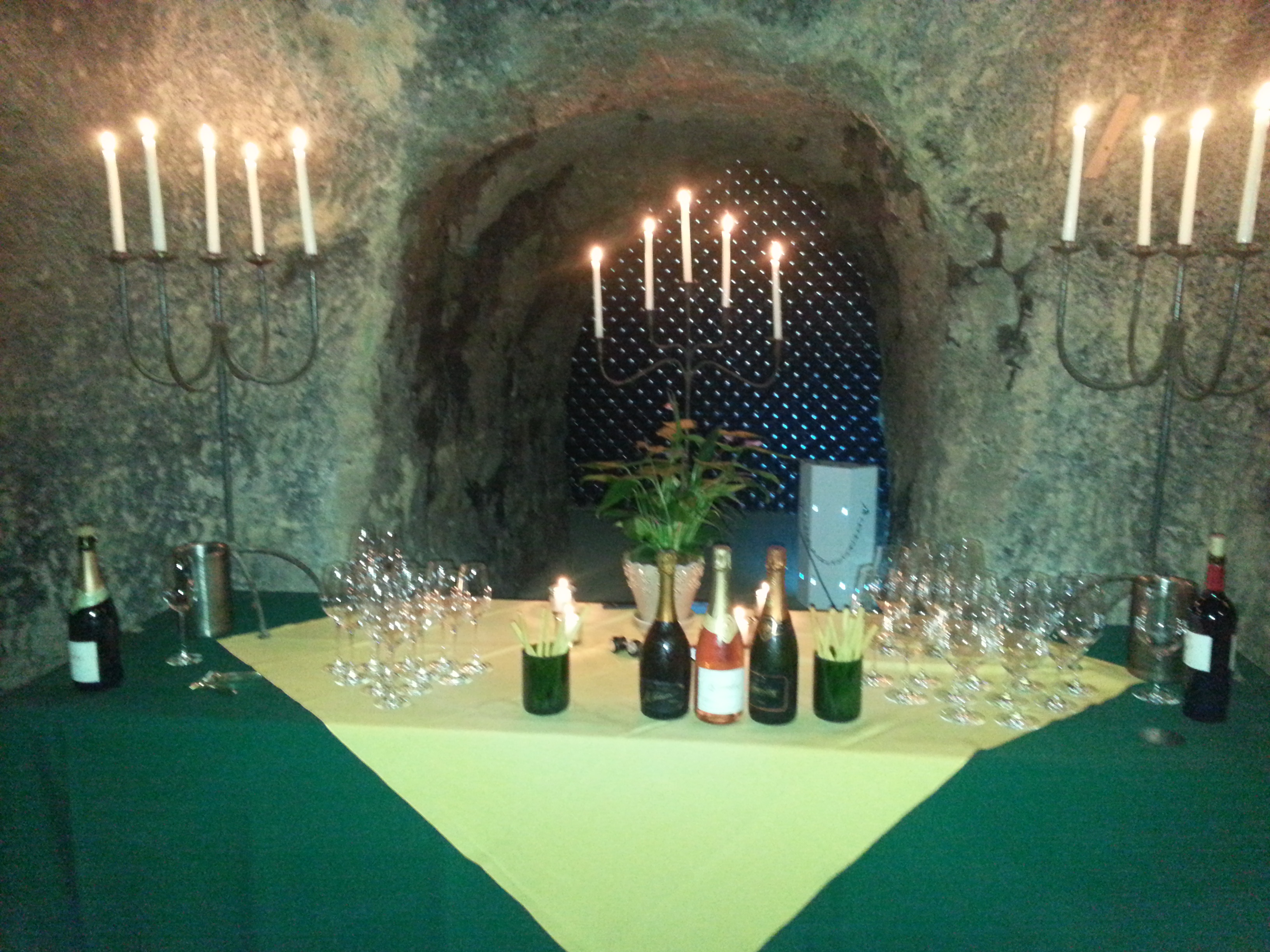 The wine tasting table.  Pretty sure that’s an odd number of glasses there, since I was
the only single person around.  😉 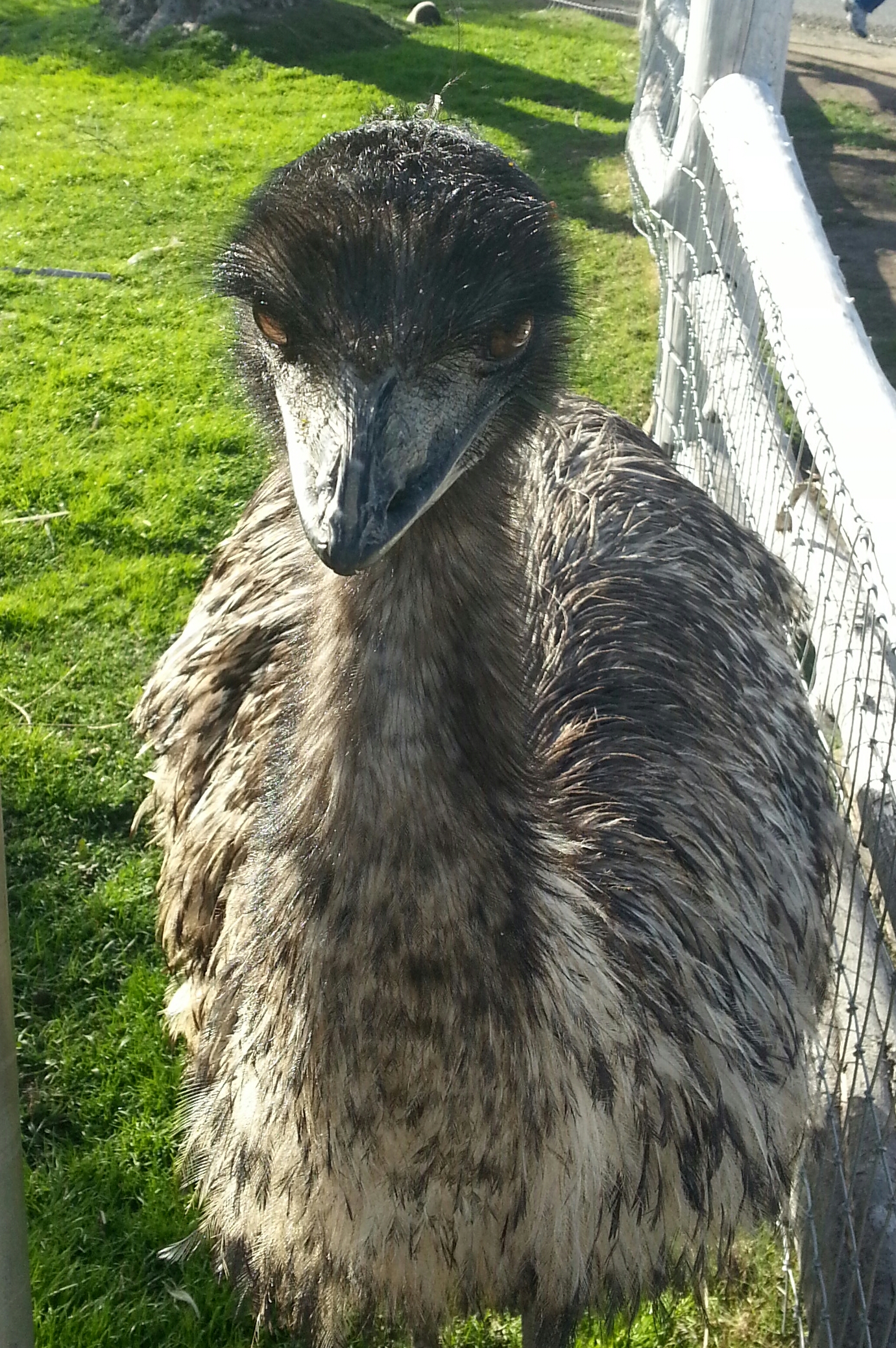 The angry emu I had to face before one of the tours.  Why?  I do not know. 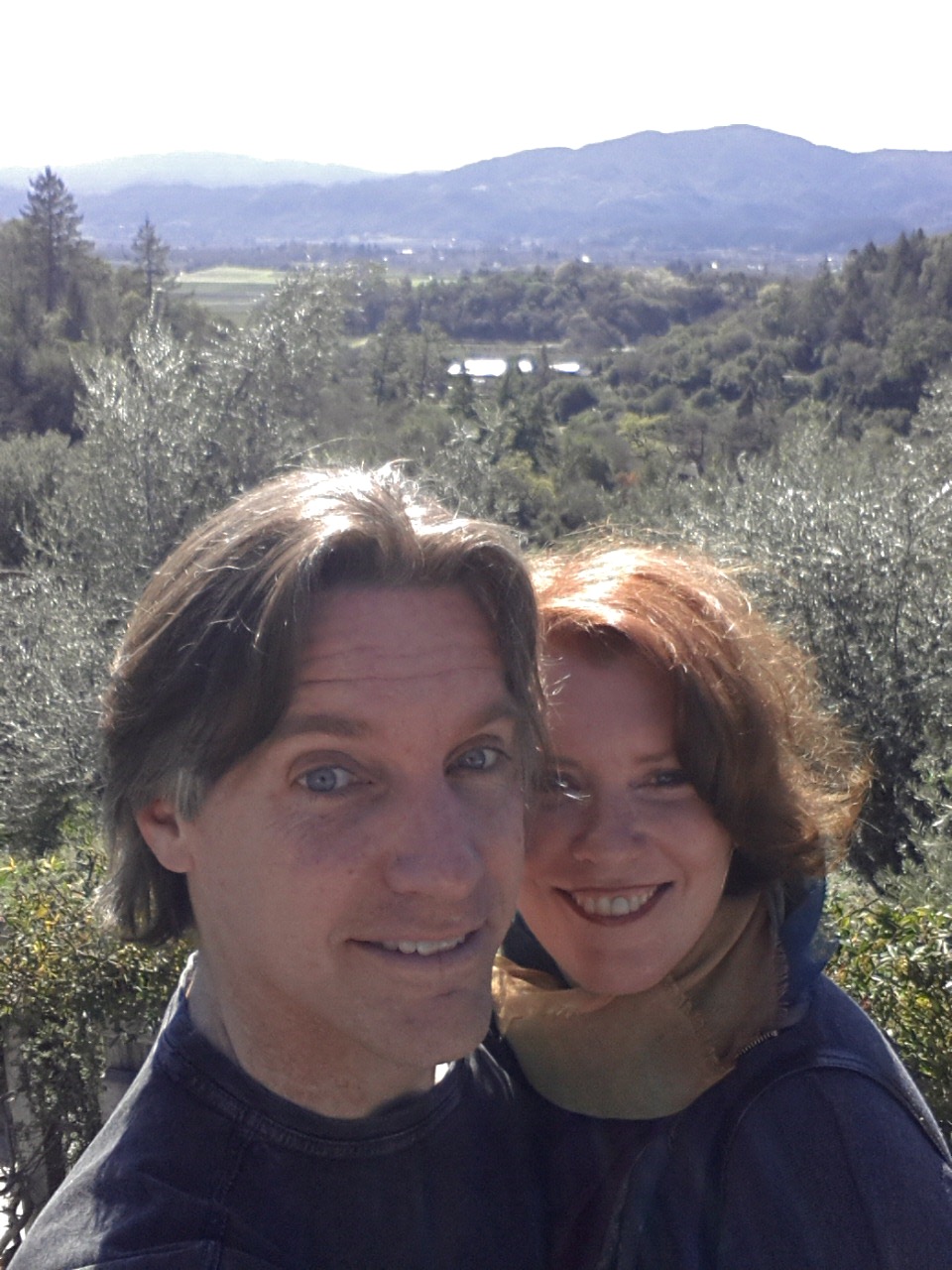 Jay and I did get to spend some time together, although not at The French Laundry.  Maybe one day.

One thought on “Couples massage for one, please.”