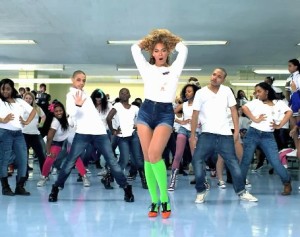 So…I never do New Year’s resolutions…but I’ve recently picked up running (jogging?  Schlepping? Shuffling?)…and felt inspired on January 1st to sign up for my first 5k run.  I wanted to do one close to home and I wanted to do it sooner than later in case I ran out of chutzpah…so I started looking on line for local races.  As I looked, I crossed each of them out in my head,  “too far, too far…not soon enough.”  But then the perfect race popped up on my screen.  The “Bey Impersonators” run in Hollywood, just two weeks away.

The Beyonce Pandora channel is my morning wake up music.  After losing lots of hair and going through a wig faze, Beyonce became my idol…my wild mane muse.  She inspired me to get over my fear of wigs and just own it.  So, of course, I had to sign up.  After returning to work from the holiday break, the employees were sitting around sharing what we had spent our time off doing and how the days off went.  Although I was slightly hesitant, I finally shared about signing up for my Beyonce race.  Everyone laughed and clapped and wanted to know what I was going to wear.  At that point someone from another team walked in and said, “Oh…you totally can’t pull that off.”  I was a little taken aback, but chose not to respond.  I mean, who says that…especially to someone they don’t know very well.

I think every woman has an inner Sasha Fierce, whether they know that or not.  And as I get older my Sasha Fierce gets fiercer.   I thought, “I can totally pull that off…I mean. I’m running a 5k, not charging money in Vegas as a female impersonator.”  I texted my husband, who’s always been supportive of my crazy whims.  “One of the staff from upstairs said I can’t pull it off.  How mean is that?”  He texted back, “The Beyonce part or the 5k part?”  “She must have meant the 5k part. ;)”  I responded.

Unless…she really wanted to.  And I really want to. So, of course…I’m going to totally pull it off. 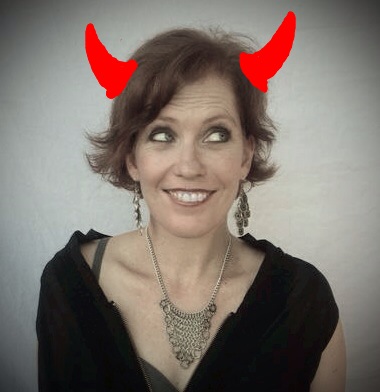 It’s always a bit of Merlin magic when you get to explore different aspects of who you are.