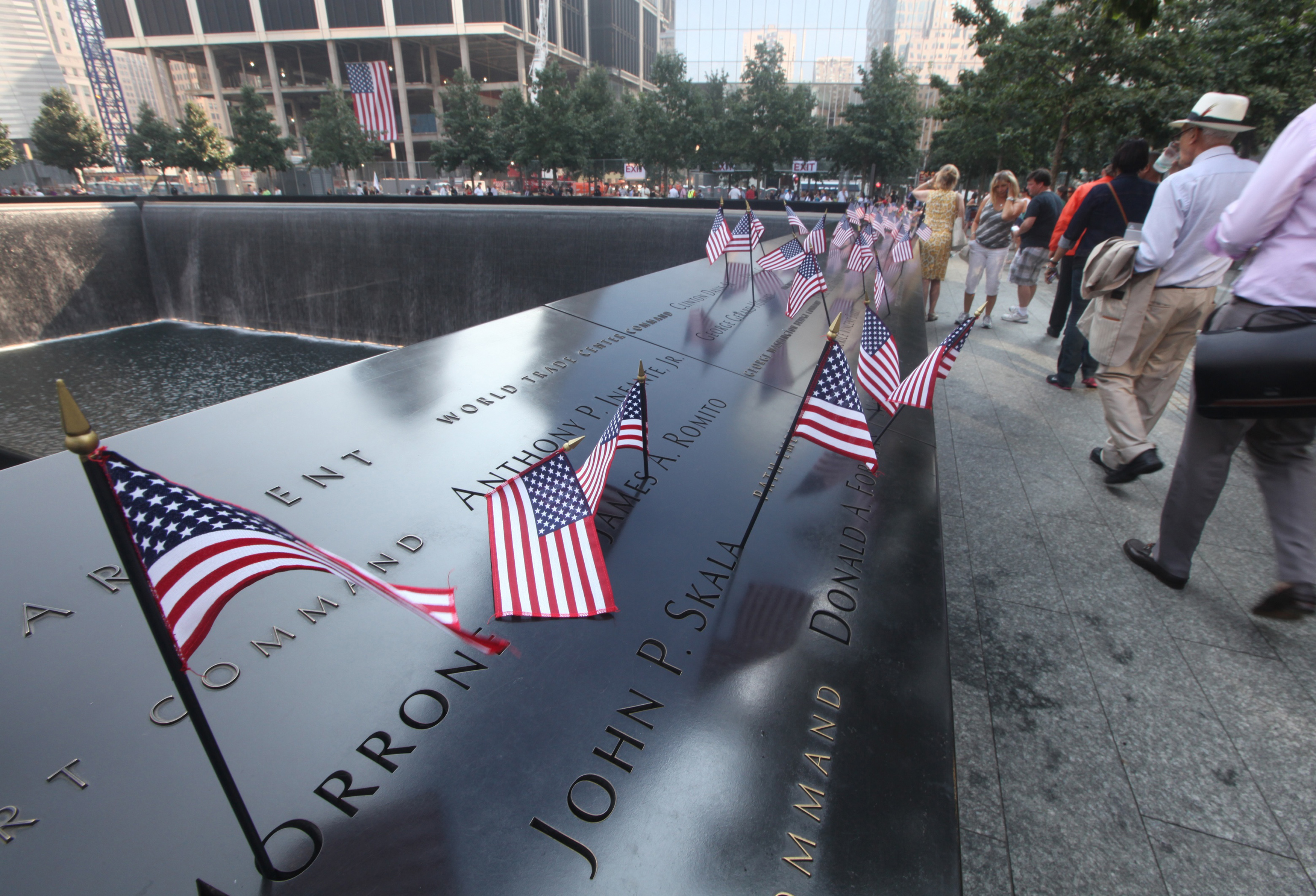 I hate using labels to describe myself, but sometimes they really are just easier…and I am, in fact, bipolar. (read more about that here).

I am always very aware of my moods and work to remain as close to my center as possible. I don’t pay attention to news much, because it makes me feel depressed. When I feel overly excited about things, I take a breath, really breath it in and enjoy, but I don’t let myself get hyper or racing heartbeat about it.

When 9/11 passed a few days ago, I avoided the news. I avoided the stuff on social media. I avoided talking about it. I knew I would eventually have my own inner memorial, but it would have to be when I had the  space and the time to reflect, pray and process it…and it’s hard to find that time when you’re a working mom with a two hour commute every day.

I finally found that space early this morning.

My daughter, Chloe, had barely turned one when 9/11 happened. And I was 8 months pregnant with daughter number two. My husband worked as a manager at a large group home for severely emotionally disturbed kids.  I worked as a therapist at a similar group home.

Jay oversaw a program with the kids for the whole residential facility. He had responsibility for the 60+ kids that lived on campus. As a therapist, I was assigned to one cottage with 10 boys, ages 9 to 11.

The morning of 9/11 my mom called to let us know what was happening. We were trying to get baby ready, get ready ourselves, and get to work on time. I remember kind of blowing my mom off, thinking a plane had just accidently crashed. I remember her begging me to take the time to go and turn on the TV because she really thought America was under attack.

My mom watches the news and reads the entire paper everyday. She’s very aware of everything going on with the world. I purposely try to avoid the goings on in the world because I’m so sensitive to it, and I was not about to start my day with my own baby, and with my 9 to 11 year old emotionally disturbed boys, by watching something disturbing on TV and feeling depressed as a result. But the fear in her voice was alarming, so I agreed to flip on the TV.

Jay and I watched as the second plane crashed into The World Trade Center. At the time we lived quite close to the center of downtown Los Angeles. And Jay worked even closer to it. My initial reaction was to not go to work and stay home with my baby, my husband, and my one on the way.

My husband’s initial reaction was to go to work and be there to supervise both the staff and the children in case some terrorist attack occurred here in Los Angeles.

I didn’t want him to go. I wanted him to stay home with me and the family. I didn’t want him to be who he was…the loyal, hardworking, caring, group home manager he knew he needed to be, especially since he was sure other employees wouldn’t show up that day.

I swallowed my inner coward, my inner whiner…and nodded. And together we decided that I would drop my young baby off at day care and go to work myself.

We made our plans for the day. If Los Angeles was attacked, at the end of my work day, I would somehow find my way to the day care to get Chloe, and then find my way to the group home where my husband worked. We would shelter there.

Jay and I had met at this group home. We knew the staff, the kids and the atmosphere there. It made the most sense to shelter, and make ourselves useful together, there.

Two people who weren’t able to do this were Lynn and David Angell. They died on American Airlines Fllight 11, an airplane hijacked by members of Al Queda and flown into the North Tower of The World Trade Center.

Lynn and David were long time donors of Hillsides Home for Children in Pasadena, CA., the group home where my husband worked. David Angell was an Emmy Award winning creator and producer of sitcoms in Hollywood. His wife, Lynn, spent lots of time at Hillsides, volunteering and creating a library for these group home children. They both donated time, resources, money, clout and talent to these children in need.

They didn’t return to their house that night…or ever.

My husband and I did. And I don’t know why.

But I know as someone who didn’t die that day, I have an obligation.

An obligation to show up.

I was so inspired by the many people that showed up that day…that week…that month of 9/11.

America showed up when 9/11 happened.

And that showing made me proud.